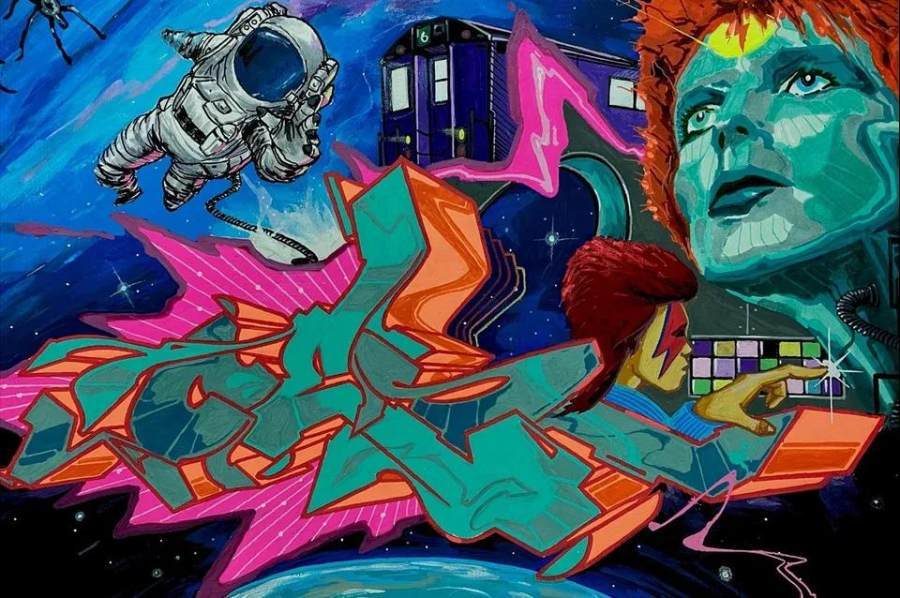 It was the summer of 1983 in New York. Through some childhood friends, I awakened my inner world of graffiti creation. The meaning of graffiti to me now is completely different from the beginning. At first, graffiti was more like a journey of adventure and self-exploration, and it was the reason why I got up in the morning. And today, about 30 years later, I still create graffiti on the street and make a living from it, so for me, graffiti has changed from an initial adventure to a part of my work and life. My graffiti is mainly based on aggressive stylized fonts, and the colors are designed to be paved. But my style is still growing and changing, and most of the time I just grasp the feeling of that moment.

The biggest change is naturally the emergence of social media. The positive side is naturally the inspiration for graffiti people. The negative is that people become lack of creativity and adventurous spirit. You can always see a lot of repeated works, and many times you can’t tell who plagiarized whom, you can only say that what I see now can make My surprise works are getting less and less.

Social media makes people lack creative and adventurous, and many times you can’t tell who is plagiarizing whom.

How to view the connection between street art and street clothing?

I think streetwear comes from graffiti culture, and I think graffiti existed long before street art took shape, so I think the current Streetwear evolved from the graffiti culture at first, but people found this system later. Sexual use.

I think graffiti culture will continue to develop between museums and art galleries, and will continue to be widely used in daily life. At present, its application in advertising media, fashion, music, sports, etc. is very different from when I entered the industry. . Because it has no boundaries, it is difficult to define its specific direction, but for those who are passionate about graffiti, it will still be an adventure.