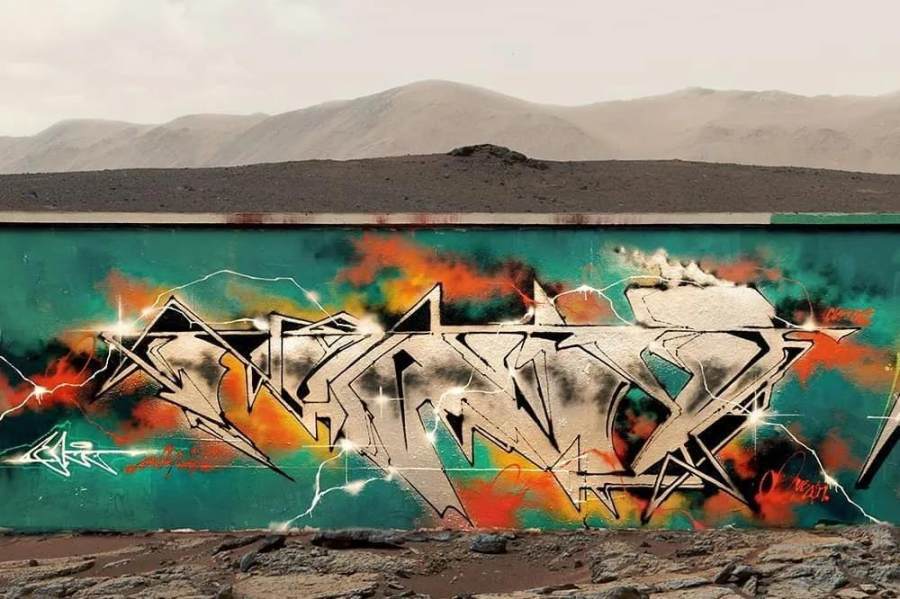 The first time I came into contact with graffiti was Bones Brigade and C.R Stecyk Venice’s Tag when I watched skateboarding videos in the 80s. After that, I will post our names on the wall with my friends to mark our territory as a joke. Now, graffiti means freedom and unrestricted to me. I like to use spray paint to create letters. I would describe my style as "Stylewritting". I have also changed many names to mark different periods of my development in this way. I have been doing graffiti for more than 30 years, and now I am more free than ever.

People are more open and accepting towards graffiti. People who create graffiti come from all walks of life, and there is no longer a single standard. I always think that it is unfair to put graffiti into the big cultural background of Hip-hop, because many Writers are not from this background. The current graffiti has the attributes of freedom and does not need to be attached to other carriers, it is just a pure art movement. The past ten years have marked a fundamental change in the concept of Writers. For the better development of graffiti, the original underlying rules have been broken.

The current graffiti has the attribute of freedom and does not need to be attached to other carriers. It is a pure art movement.

How to view the relationship between graphic design and graffiti?

Like all graphic creations, graphic design and graffiti have always overlapped with each other. For many years, we have been recreating the elements in comics and art works. Now graphic design also draws inspiration from graffiti. Various art forms are connected by themselves. Many graffiti artists are also graphic designers. Both are related to art and creation, which is the most important.

Graphic design and graffiti have always overlapped with each other. Both are related to art and creation. This is the most important thing.

What changes has social media brought to graffiti culture?

The emergence of social media has really brought a revolution. The graffiti of 2000 years ago has a trace of its ins and outs. But at present, both the convenience of online shopping tools and the channels for resource acquisition are all in one click. I like to communicate and communicate with others through social media. I think if someone still wants to resist social media, it would be too stupid. The key is how to use it.

Yes, street art can be regarded as the main art form of this century. For better or worse, it is part of contemporary art. Whether on the wall, on the train carriage or on the canvas, it is a form of artistic expression used to convey emotion and should not be limited.

There will always be people who want to leave their name, but in a different way, the art form of graffiti will last forever.

It's hard to say, there will be ups and downs, because some people come for the current reputation without real enthusiasm, but one thing is certain, that is, it will not stop developing. In any case, there will always be people who want to leave their name, but in a different way.

Previous Previous post: Conversation with Cloakwork Malaysian Graffiti Artist
Next Next post: 3 Steps and 13 Details for Managing a shoe Cabinet