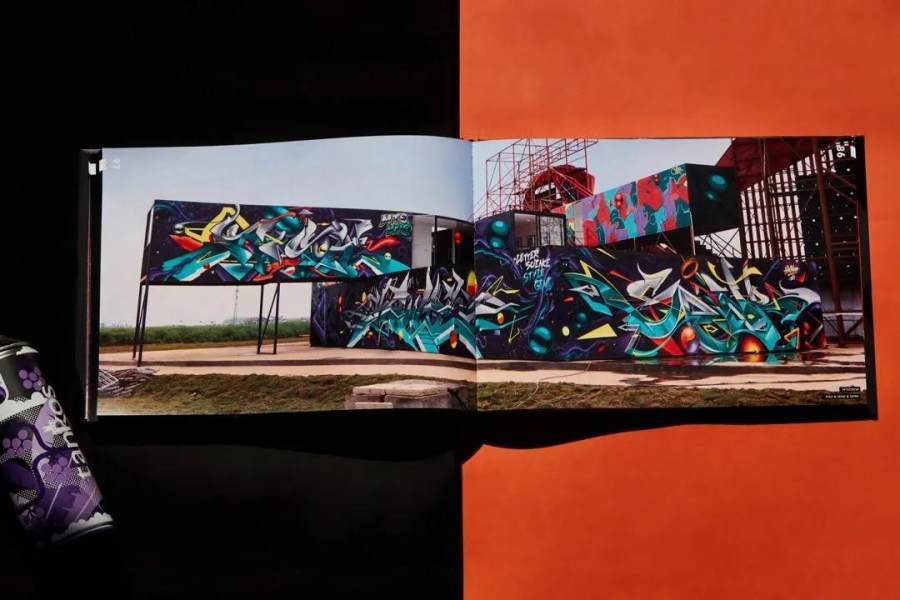 In 2004, I saw the Dmx video tape on the Mtv stage at the time, and was attracted by Graffiti in the background. I felt that this was the cool thing I wanted, so I started to search for various materials on the Internet. There were very few materials I could find at that time. Everyone picks up Graffiti videos on eDonkey and then uploads them by burning DVDs. It may be that the learning materials of the year were not easy to come by, so I can’t wait to cut down all the contents and take a closer look. The most memorable thing is that in 2008, netizens from all over the country spontaneously did Onechina theme graffiti, and it was too popular. Our graffiti website has been closed for two full years. Graffiti is a gift to me. It has opened up a different life for young people in my small town. It has also made me know many, many friends. In addition to love, everyone has love, Love & Peace.

The development of graffiti culture in China?

From works to commercial value, domestic graffiti has developed rapidly in recent years. For example, professional graffiti tools were brought in with the help of Writer in Hong Kong at the beginning, and now there are specialized agents and the efforts of Writer in China. Next, China’s own professional graffiti spray paint (such as anko, Ontake) has been developed to make it easier for everyone to create, and the quality is getting higher and higher. In business, Graffiti is more concerned and recognized by everyone. This is also due to the popularity of Hiphop culture in China, and everyone’s technology is getting better and better. When it comes to this, I actually envy the young people now, because they I was exposed to the best things from the beginning, and getting information was much faster than we were back then.

I don’t think it is vague. Why do I always use Graffiti instead of the word graffiti, because it is more pure and reflects the real graffiti culture. The street wall is the root of every Writer, and the works can be collected in the art gallery. Writer tried hard to recognize it, but the root thing will not be lost. The essential difference at that time, Graffiti is still that cool thing. The authors of the works that are now collected by the museum will still create on the street (such as Kaws, Banksy, and domestic Dal, Abscrew), but those who did not appear on the streets of Bomb but advertised as graffiti artists, I advise you to hurry up Delete the first two words.

The street wall is the root of every Writer, and the work can be collected in the museum is a recognition of the work of the Writer, but the root will not be lost.

It should get better and better, and businesses will respect Graffiti culture more and more, and it will no longer be a supporting role for Mv and packaging materials for variety shows. Especially in the past two years, you will find that there are more and more single products that combine Graffiti elements in the trend circle, because this is a cultural content, and everyone has begun to agree that this is a cool thing. Writer who knows a lot of works very well have created their own brand and attracted many people's attention, but one thing will definitely not change, Graffiti is still born on the street.